Raichur has played an important role in the history of Deccan Empires and even today as a part of Karnataka it continues to do so. At present Raichur serves as the district headquarters to Karnataka's second largest district in terms of area. Five talukas namely Manvi, Sindhanur, Lingsugur, Devadurga and Raichur together form the Raichur district. 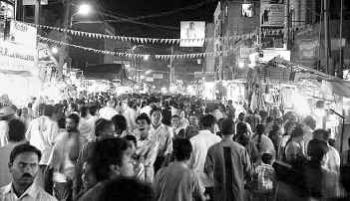 According to the Ministry of Panchayati Raj, Raichur district was named as one of the most backward districts in India. This is the reason why, Raichur is currently receiving funds from the Backward Regions Grant Fund Programme (BRGF). There are ongoing efforts to further develop the town and make it an important town in the state.

Raichur City Municipal Council with an area of 60.0 square kilometers and about 2 lakh and 34 thousand population has 35 territorial wards under it.