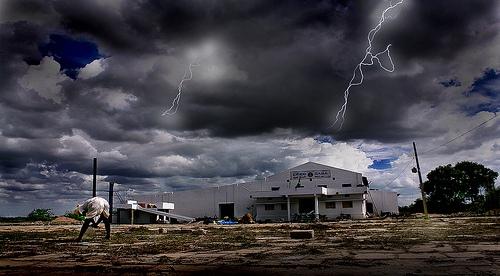 Ensconced between two prime rivers of the District, River Krishna and River Tungabhadra, Raichur is an important regional centre in the state of Karnataka. Cotton, groundnut, paddy and rice are grown in abundance due to the climatic conditions suitable to these crops.

Stretches of small rock clusters and hills devoid of any green vegetation make up for a monotonous landscape of Raichur. These are the hills that have formed the natural defense line for the grand forts built by many empires that ruled the Deccan. These small rocks and hills have also given interesting rock-cut architectural tidbits left all over the District.

Two types of soil can be found in this area, the black cotton soil in the west and red rocky soil in the rest of the places.

Raichur has a very dry climate with very low humidity throughout the year, which is why it falls under the arid regions of Karnataka. The summers in the city are very hot and the temperatures usually can be seen touching the 43ºC mark. Even during the months of December and January, which is usually a time of low temperature elsewhere in the country, the minimum cold that you can feel here is 15ºC.

During the months of June and September, the city receives the Southwest monsoon with the annual average of 755 mm. Some amount of rainfall can also be seen during the post monsoon months of October and November. From the months of June to September, the winds usually blow from west and southwest while from November to March the predominant winds are from the east. The speed of these winds is quite low ranging from 1-5kmph during most of the time, however during the monsoon, it might go in the range of 6-11 kmph.

Through most of the parts of the year, Raichur experiences a clear or lightly clouded sky, which can be excellent for those who love stargazing. But during the monsoon months the skies are moderately to heavily clouded.

When should you visit Raichur?

The months of winter season, which starts from November to March, are the best period to visit the city. The temperatures are relatively low and the sun is not likely to be as harsh as it is during the summers here.

According to the 2011 India census, Raichur has a population of 234073, out of which 51% of the population is male and the rest are the females. The average literacy rate of the city is 62%.