During the times of Kings and Queens, Raichur was popularly referred to as Doab, a Persian word that means two water or rivers. However, in India and Pakistan this term is used to describe the tongue or a region lying between two rivers flowing in the same direction.

The reason why Raichur was often referred to as Doab is because of the rivers Krishna and Tungabhadra that flow through the area. Amidst the rocky hills and plains this is the only physical feature of importance to the whole district of Raichur. These two rivers are source of irrigation and water supply to this otherwise arid region transforming it into the rice bowl of India. 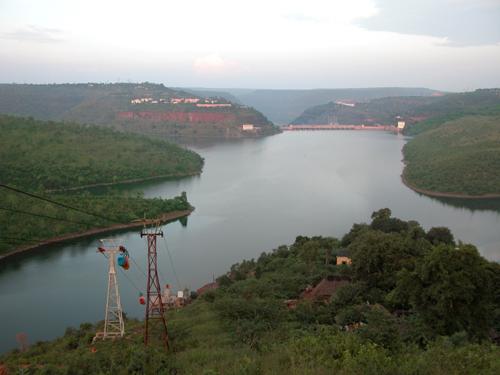 The Krishna River, perennial in nature, originates from the Western Ghats of Mahabaleshwar, a picturesque hill station in the state of Maharashtra. It is also referred to as the Hire-hole, meaning big river, in Kannada. In old Kannada inscriptions River Krishna has also been called Perddore, which has a similar meaning. A length of about 104 miles of the river can be found flowing through the district of Raichur. Upon entering the district a steep drop in the level of the river can be seen. A number of small and big streams and nalas such as the Hutti Nala, Ramdurg nala and Chiksugur nala join Krishna in its course.

The river also has some beautiful islands in it such as the Koormagadde Island and the Naradagadde Island. However, during the times of monsoon the river turns into a sort of demon overflowing with water causing destruction on some sites and breaking off the communication of these islands with the mainland.

The river has served as an important focal point for commerce since ancient times. It has also been a constant source of livelihood for those settled along its banks. During the rainy season, the river usually overflows as a result of which a roc soil is deposited on its banks on which a number of crops can be grown. This is perhaps the reason for Raichur being known as the rice bowl of India despite the dry climate and the scanty rainfall.

A large number of dams have been constructed across the river Krishna such as the Almatti Dam, Nagarjuna Sagar Dam and Narayanpur Dam. These dams serve various purposes such as irrigation, drinking water supply, reservoir and electricity generation. 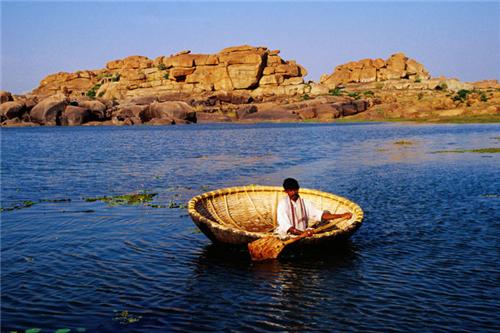 The union of two rivers Tunga and Bhadra together form River Tungabhadra. It is yet another perennial river of the area which originates from Gangamoola, in Varaha Parvatha of the Western Ghats. For the South Indians the river is as holy and revered as the river Ganga in North.

The river flows for a distance of about 130 miles in the Raichur district and serves as an effective means of irrigation for the farmlands. Even during the ancient times like during the ruling of Vijayanagara Empire, large blocks of stone were used and canals were made to make a reservoir. The remains of these can be seen even today in between its course.

Just like the river Krishna, many streams and nalas some of which are Maski nala, Sindhanur nala, Siddapur stream, Marli stream and Kapgol nala too join Tungabhadra.

Tungabhadra Dam is one of the major dams constructed across the river. It is multipurpose dam that irrigates land, helps in the generation of electricity, prevents and controls floods and serves some other purposes too.

Explore more about Geography of Raichur