Know Raichur in a Day

Surrounded by rocks and dilapidated forts, Raichur or Rayachooru, the district town of northeastern Karnataka has a lot in store for a traveller. The forts, temples and the islands beckon you for a tryst with the past that has long been lost in the sands of time. So, if you have a day to spare in Raichur, you must answer their calls and enrich your knowledge of the past.

What could be more heavenly than welcoming the morning sun with open arms on top of a hillock amidst the ruins of a splendid era that stands firmly till date to tell you its tale? So, put on your most comfortable trekking shoes, pack some handy food items or snacks and a bottle of water in your backpack and you are good to greet the sun.

If you start your trip early with the break of the dawn, you would not only get to see a beautiful sunrise from the top of a majestic fort but also avoid the scorching sun of the afternoon.

Although, you can climb the hill from any side on which the grand ruins of the Raichur Fort rest, but to save time try to start your journey from the Takiwale Baba Dargah. Once you rich the summit, you would have a splendid view of the city, the serene Aam Talab adjacent to the fort and ruins of another fort in the horizon. Don't forget to take plenty of pictures.

Once you have taken in the sun and its warmth, you can head over to explore rest of the fort. After the trek you can sit down on one of the rocks and relax for sometime, and if you are hungry you can nibble on something.  Now that the short rest is over, gather up your travelling spirit and head down for your next destination. 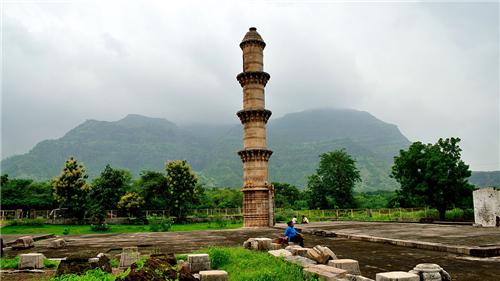 Now that you have visited the most important monument of the city, if you aren't tired yet and do not want to freshen up, you can head towards Ek-Minar-ki-Masjid. This is one of the oldest mosques in Raichur with beautiful views of the city from the top storey of the minaret. Once you have taken in the architectural beauty of the place you can head over to one of the eateries for a small brunch.

At this point of time, it will be somewhere around mid afternoon, so what you can do is either go back to your room, freshen up and take a quick nap. Or if your travelling spirits are still high, you can visit the Fort Jami Masjid, one of the biggest mosque in the town built during the Adil Shahi dynasty. The mosque is also said to contain the graves of the family members of Adil Shahi dynasty.

Now that you are done with the most important tourist attractions of the city, you can head out to one of the eateries for a good lunch.

Nirvana on the Island

The sun in Karnataka sets late, so thankfully after the lunch you can relax a bit and with a refreshed mind visit Koormagadde in the late afternoon. First you need to reach the bank of the river Krishna using either a local bus or auto-rickshaw. From here, you can enjoy a coracle ride to Koormagadde, a beautiful island with temples and lush green paddy fields. During the boat ride you can relax and watch the water birds, soak in the evening sun and the tranquil surroundings. Once on the island, pay a visit to the Dattatreya Peeta and head towards the ancient watchtower amidst the green paddy fields for a magnificent view of the surrounding.

Make sure that it doesn't get too dark while coming back from the island. As soon as you are back to the town, you can do a bit of shopping and sit back to enjoy a cup of hot coffee or chilled cocktail to wind up for the day.  And don't forget to have the special Jolada Rotti, which is a specialty of North Karnataka cuisine.