Raichur, being a district town, is quite well connected with the major cities within Karnataka as well as with the neighbouring states. The nearest metropolitan cities to Raichur are Bangalore, at a distance of about 409 km, and Hyderabad in Andhra Pradesh, at a distance of about 297 km. If you have Raichur on your travel itinerary, given below are some of the transport alternatives that you can choose from.

The North Eastern Road Transport Corporation of Karnataka has done a decent job of connecting the city with major places. Owing to the fact that the hot weather in the city prevails for almost nine months in a year, the city has very recently started running AC buses. There are also mini buses in the city for commuting to the areas, which have narrow streets.

Other options for commuting within the city are the auto rickshaws and the cabs. 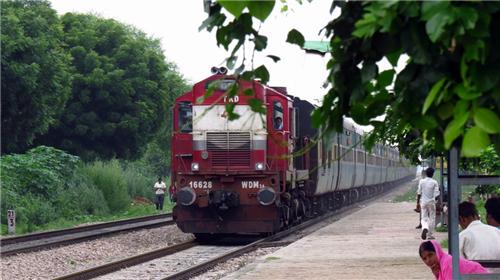 Travelling by train is the easiest and cheapest way to go to other cities from the city. There are regular trains to most of the major cities of the country such as Bangalore, Chennai, New Delhi, Trivandrum, Pune and Mumbai. As Raichur is one of the most developed cities in the district, it serves as an important station to the villages around. More than 50 trains pass through the railway station of Raichur every day. The city is also an important stop on the Guntakal - Gulbarga rail route.

The city of Raichur doesn't have its own airport, however it has access to some of the nearby airports. Bellary, which has a domestic airport lies at a distance of about 145 km from the city, however the flights are very infrequent. Another nearest airport lies outside the state at a distance of about 200 km in Hyderabad. Anyone who wants to travel by air to other cities within the country or go abroad, Rajiv Gandhi International Airport in Hyderabad is the best option.